Everyone who works with recruitment in one form or another has in an interview context been interested in the strengths of the candidates. It is also something we intuitively train on before we go to an interview – to put into words what strengths we have and what we can become better at.

In unstructured interviews – interviews that are more like a conversation without fixed questions and templates – the candidate’s strength will not always be as easy to ascertain. Often, the person’s strengths will then be based solely on what the candidate themselves say and what is perceived by the interviewer during the interview.

In structured interviews, on the other hand, which are often based on a personality test and interview questions based on competencies that are set as essential in the position, the strengths of the candidate’s personality will clearly emerge using a profile.

Strengths
When we recruit, we are often interested in candidates strengths, and especially interested in whether these strengths match those required for the position we are recruiting for. For example, we can say that a traditional salesperson in the seafood industry should be socially secure, convincing and competitive and that this is what we will look for in candidates as part of the recruitment process. While when we are recruiting for a position as factory manager in the seafood industry, strengths in management, planning, people skills and self discipline will count as positives.

When candidates have completed personality tests, we get an overview of their personality profile as they describe themselves in a work situation. By using structured processes with tests, we manage to ensure that all candidates in different processes are treated exactly the same, fairly, everyone gets an equal opportunity to show themselves on exactly the same basis. And with a description of the profile we are looking for at the bottom, it will soon be clear which candidate is the best fit, that is to say who is strongest in exactly what we are looking for in the role we are recruiting for.

President Trump
But, in people, much more is hidden than we can achieve with the help of tests. For what happens when our forces become too strong? What results does it give? I have several times used the former US President Donald Trump as an example here. If we had not known him and he had taken a personality test, I can well imagine that he would have come out as outgoing, socially secure, convincing and competitive. This is similar to the strengths we want to see in the traditional salesman in the seafood industry.

When I observe him, I think that he gets energy from people, he thrives at conferences, is among people and in the attention, and that he likes to sell and negotiate. He manages to convince people, and he likes to compete with others. He likes to spotlight himself and his company, and hates to lose. Trump tested against a sales profile would probably come out strong, is my assumption. And had we recruited solely through tests, he might have gotten the job.

Hogan Descriptive Scales
Robert Hogan is an American psychologist who is known for his research in personality testing. He has researched what happens to us when our strengths become too strong, which becomes apparent when we feel pressured and stressed and we can no longer hold the mask. The work has resulted in a tool called Hogan Descriptive Scales (HDS) that measures eleven patterns of interpersonal behavior that can create problems for us in the workplace and in life in general. Behavior associated with high HDS scores can be a strength, but if this type of behavior prevails, it can affect relationships and careers in a negative way. People who understand their limitations succeed better in their work. The average person might have three or four high-risk HDS scores.

We can again use the salesman Trump as an example. If we look at forces as outgoing, socially secure, persuasive and competitive and think about them under pressure or stress, it is not difficult to imagine a person who can be perceived as arrogant, manipulative, dramatic and eccentric.

Going back to my assumptions about the strengths of Donald Trump, I think that through the media we have often perceived him as just this. The forces that on paper could look like the perfect salesperson, can potentially be in situations with a lot of stress and pressure, turn out to be something completely different. This is challenging both for those who will work with the person in question, but also for the person themselves.

The dark side
And that the same applies to all workplaces where these forces are sought after. I think every person who has been in contact with the sales environment in the global seafood industry has encountered “the dark side” of the strengths a salesperson has and that we also want. They exaggerate when they want a breakthrough, often betting that something dramatic will happen if they do not complete the sale. They can charm themselves to get what they want, and sometimes become so manipulative that others find it uncomfortable, and downright rude.

They have many ideas for solutions and can become extra creative and eccentric in how they want to solve things, which for colleagues around them can be difficult to follow. The consequence can often be that they do not trust them, that alternating between being pleasantly outgoing and socially secure – to manipulative and dramatic can stress their surroundings. If these effects are visible to the world outside the companies as well, it can go directly affect the reputation and the good reputation as attractive jobs in the industry.

In this article I have used the salespeople as an example but I could have used many different roles and had found examples of derailment tendencies there as well. We all have this in all of us, our strengths can become too strong and this can affect how we are perceived in the workplace.

Constructive use of strengths
My experience is that the better we understand how we might be perceived by others, the better we are able to use our strengths in an effective and constructive way. At Seafood People, we use the HDS tool in leadership development with our customers, but also in recruitment for positions where we know there is a fast pace, changing circumstances, a lot of customer contact and for leadership roles in the entire seafood industry.

The feedback from the leaders is that it is important to gain insight into what happens to them when these traits become too strong. Even if one likes to believe one does not always have control over how we are perceived by others, that this still affects how leaders can lead effectively and how the world around perceives us. 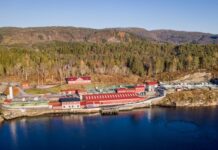 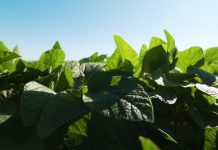 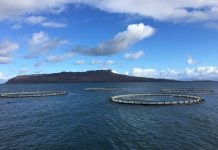 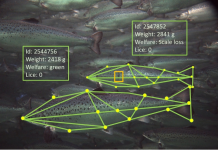 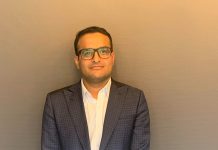 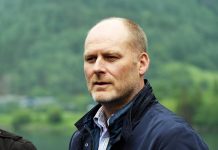