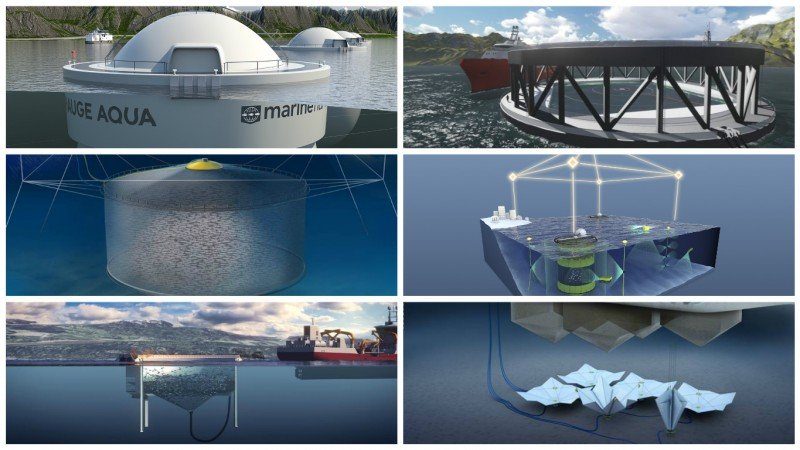 Marine license applications bear the stamp of innovators and entrepreneurs.

It’s often said that in every true start-up project, the founder ought to be a little embarrassed about the prototype. It’s the nature of innovation. The principal is that no idea is dumb. The low-lying fruit and obvious ideas have already been conceived.

iLaks‘s publishing tool, the online newspaper’s first impression, once seemed hapless and homemade. The start page bore clear signs of what it once was — a bloglike online newspaper, a one-man show.

Creative
That’s how it is, and that’ the way innovation has to be. Fortunately, it sorts itself out with time.

When you look at the many applications for development permits that have filled mailboxes at the Fisheries Directorate recently, there’s no doubt some of them show signs of, shall we say, creative problem-solving.

Sea lice were the problem that compelled the government to embark on a mulling of ideas of historic proportions. Among the business ideas that came out of it are aquaculture in open, semi-open and closed pens; in screened and exposed areas and out to sea. On rigs, in underwater cages and in tanks. Onboard obsolete freighters (with or without sails), in eggs, doughnuts and suspended beneath floating bridges.

And it isn’t, naturally, exclusively limited to marine permits. Plans for land-based salmon production are part of it. In Fredrikstad, Rjukan, Ytre Sogn, Averoy and Andoya — all via penalty-free concessions on land. These are part of the tapestry.

Global
The lice problem isn’t unique to Norway’s salmon production. It’s been an effective bottleneck in other countries, too — in Canada, The Faroe Islands, Scotland and Chile — setting a stopper on growth. The problem wrecked land-based farming in Tibet, Switzerland, Poland and Florida, just to name a few.

When the dust settles, and we’ve tried out some of these ideas actual operation, then it’ll be time to judge and evaluate both concept and idea.

Test of time
In five or six years, we can look back, although even then there’s no certainty that some observer won’t trample on the rows of smiles. Maybe not the entrepreneur, but disbelieving others are sure to grieve at some of the ideas that win support in this formative time for the aquaculture industry.

For, it’s the good idea — that new, unthought-out thought — that’s the core of innovation. And it’s this that’s going to lift the farming of salmon into the future.