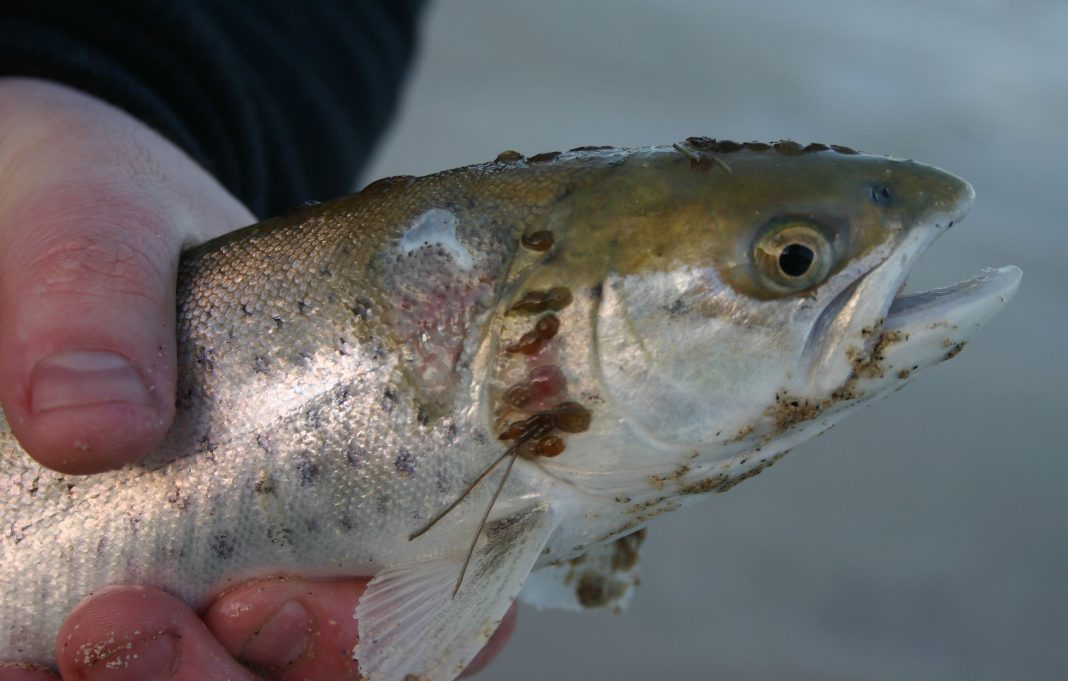 Salmon and Trout Conservation Scotland has welcomed the Information Commissioner’s decision that the Scottish Government cannot suppress information on the names of salmon farms which have exceeded the statutory trigger level limits on lice.

The organization – which represents anglers and riparian owners – has now ‘named and shamed’ the most lice-heavy fish-farms in Scotland.

In a press release, Salmon and Trout Conservation Scotland states that the information they have now received shows that sea lice numbers are running out of control in much of the industry for extended periods, and failures by individual farms to operate with lice numbers below Scottish Government’s trigger levels are routine.

A new sea lice regime, announced by the Scottish Government in June 2016, has been operating since October 2016. It sets new trigger levels of 3 adult female lice per farmed salmon (at which point a “site-specific escalation plan” to reduce lice numbers is required) and 8 adult female lice per farmed salmon (at which point, enforcement action may be ordered to harvest early, reduce biomass or cull-out a farm). S&TC Scotland points out that these levels are already more lenient to the fish-farmers than the industry’s own longstanding Code of Good Practice (CoGP), with sea lice treatment levels of 0.5 or 1 lice per fish, depending on the time of year.

Andrew Graham-Stewart, Director of S&TC Scotland, described sea lice numbers on farmed fish across much of the industry as “of epidemic proportions”.

S&TC’s solicitor, Guy Linley-Adams, added that: “Salmon farms have been permitted to operate with breathtakingly high lice numbers for weeks or months on end. To date, no meaningful enforcement action, such as the ordering of culls or immediate reductions in fish-farm biomass, has been taken against serial offenders.”

The graph above, drawn up using SSPO (Scottish Salmon Producers’ Organisation) data, shows that regions covering 61.4% of total farmed salmon production in Scotland were over CoGP thresholds in June 2017, the last month for which aggregated sea lice data has been published.