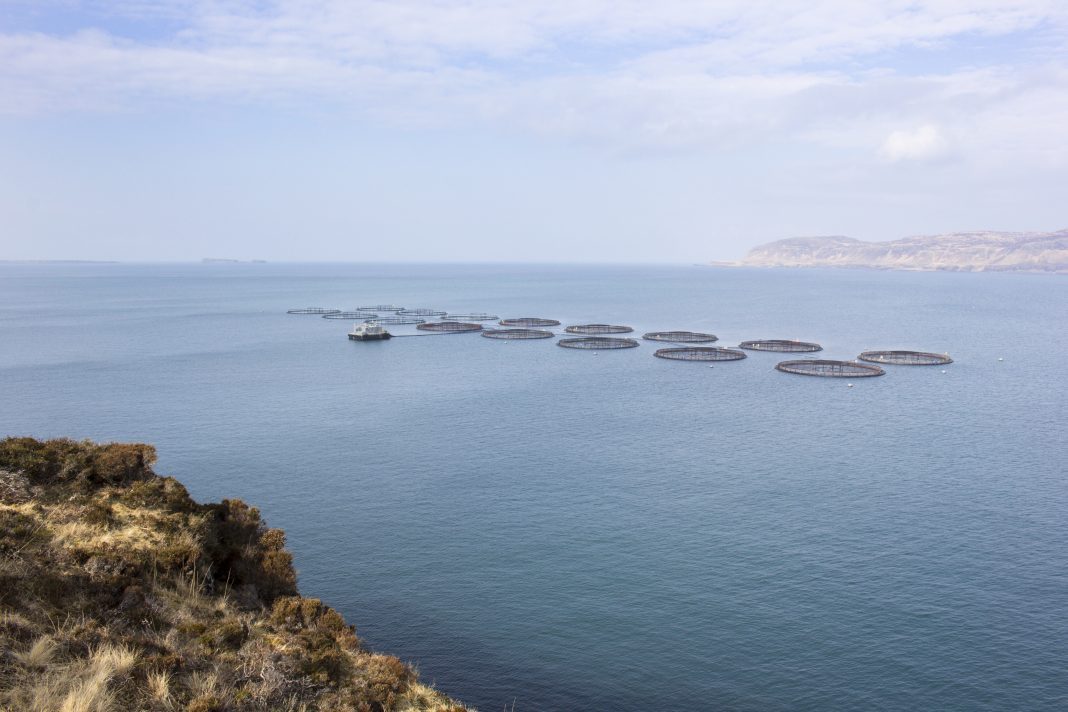 As oceans are absorbing more CO2 due to climate change, what are/will the effects be for farmed fish – and further along salmon? Physiologists have long known that CO2 directly affects acid-base and ion regulation, respiratory function and aerobic performance in aquatic animals, but at what level will it make a real difference?

SalmonBusiness talked to Dr Rob Ellis, a physiologist and NERC Industrial Innovation Fellow in Sustainable Aquaculture from the University of Exeter about how an understanding of animal physiology can be used to improve the productivity and sustainability of aquaculture in the face of climate change.

“My background has largely focused on climate change impacts – and looking at how changing CO2 levels and increasing temperature affects different aquatic organisms in natural ecosystems. When you are looking at very specific environmental conditions, and in particular shifting conditions with respect to CO2 increases and rising temperature as well, understanding how these changes impact an organism’s ability to grow, or mount an immune response to protect against disease, is critical. Yet these are also key considerations for organisms being produced in aquaculture.”

Dr Ellis says that there is a growing body of research from the climate change literature that shows that subtle changes in CO2 are having significant impacts on a wide range of organisms. Subsequently, he’s been looking at the environmental conditions in a range of aquaculture settings to understand the conditions that we are producing our animals under currently, which is important to enable us to accurately predict the impact of climate change on aquaculture in the future.

Surprising find
“To understand the likely impact of climate change on aquaculture over the coming decades, it’s vital to understand the conditions we produce our animals under currently. Working with a number of different farmers, producing both finfish and shellfish, what we found was quite surprising,” said Ellis “A lot of the conditions we monitored where farmers are rearing animals today were more extreme than are being projected to occur in the open ocean due to climate change. This in itself is not so surprising – we are talking about intensive production conditions. But crucially what we found is that often they are approaching, and more often exceeding end of century climate change projections.”

As it stands currently atmospheric CO2 is around ~400 μatm (micro atmospheres). This has risen from ~270 μatm since the start of the industrial revolution due to humans producing CO2 from fossil fuel emissions. Based on observed, and expected future, CO2 emission scenarios, it’s projected that this level will rise to ~1000 μatm by 2100. Nonetheless, some aquaculture sites currently operate at or above this level, yet seemingly with little observable effect.

As a physiologist, Ellis became interested in how animals function and work under these conditions. “There’s a number of possible explanations for this” he added. “For example natural environments are far less benign, with no predators present in aquaculture settings, and limited interactions with other organisms. Animals in aquaculture are also fed as much as they can eat, so energy isn’t likely a limiting factor in this setting. Many different possible factors contribute to this apparent tolerance of organisms to high CO2 in aquaculture.”

Salmon hatcheries
One study led by Chris Noble on Norwegian salmon hatcheries found that over 40% of the facilities experienced high dissolved CO2 levels averaging higher than 5,400 μatm in tank water (that’s 13x higher than current atmospheric levels and >5x higher than end of century projections). Such conditions have potentially detrimental implications for the production and welfare of smolts.

Ellis said that he is are unaware of any research teams undertaking in depth studies looking at the CO2 in salmon pens themselves. But it’s something that he’s trying to push. “It’s something we are trying to work out with the industry, to develop and get an understanding of.”

“In any scenario where you have lots of animals growing – that are respiring and are producing CO2 – such as in an intensive aquaculture scenario – they’re likely to change the chemistry of the water. The question is to what extent, which is based on the density of animals and environment they are being produced in, for salmon pens we just don’t know what extent this occurs .“ To Ellis, what’s important is understanding the mechanisms salmon might be using to overcome CO2 stress. Aquaculture produces a unique environment which is considered extreme by some climate scientists but by some aquaculturists, not so much.

CO2 impact
“For example exposure to CO2 across a range of scenarios can lead to a reduced immune response in some marine organisms and can also lead to increased abundance in certain pathogens. Those two thing combined mean the likelihood of disease is much higher in a scenario where the CO2 is higher. However there is very little data in salmon at the moment to help understand what impact CO2 might be already having in salmon aquaculture. ”

“With finfish, and aquaculture more generally, we need to understand exactly what the threshold for CO2 impacts are in a range of species” said Dr Ellis. “We need to be researching this to find out what production conditions to target. As well as minimising adverse impacts, such understanding could actually be hugely beneficial for productivity, enabling farmers to optimise the production environment to get maximal growth as well as reduce disease outbreaks. This will both help minimise climate change impacts on aquaculture, but also maximise the capacity of aquaculture to meet an increasing demand for seafood over the coming decades. ”

Detrimental?
Given the increasing media attention afforded to the possibility of species extinction due to climate change, in light of the seeming tolerance of salmon in aquaculture raised under high CO2, what does this tell us the likely scenario will be for farmed fish?

Ellis says that scientific research suggests climate change will almost certainly be detrimental, but more information is required to predict exactly what the likely implications will be. Some animals will certainly be lost, accurately predicting if this is at a local, regional or global scale is a little harder.

Sectors of the industry can remain productive
“Certainly a lot of species are going to be impacted negatively. The problem is it’s quite difficult to replicate in experiments the complexity what is going on in nature. Climate change will increase in its severity over the period of the next 100 years, thus understanding species responses needs to account for this complexity and change in intensity, allowing species to respond or adapt accordingly. In aquaculture however, particularly salmon aquaculture where breeding programmes are well established, it seems that whilst conditions may not be optimal we’ve seen that sectors of the industry can remain productive. These sectors may also offer vital understanding of how organisms may adapt to cope with elevated CO2 over longer timescales than is possible in many laboratory exposures.“

Ultimately however, creating the right environment within an aquaculture setting, by targeting thresholds for environmental parameters based on the physiological species will enable aquaculture – and salmon farmers – to maximise productivity both with respect to mitigating future climate change impacts and supplying an increasing seafood demand.