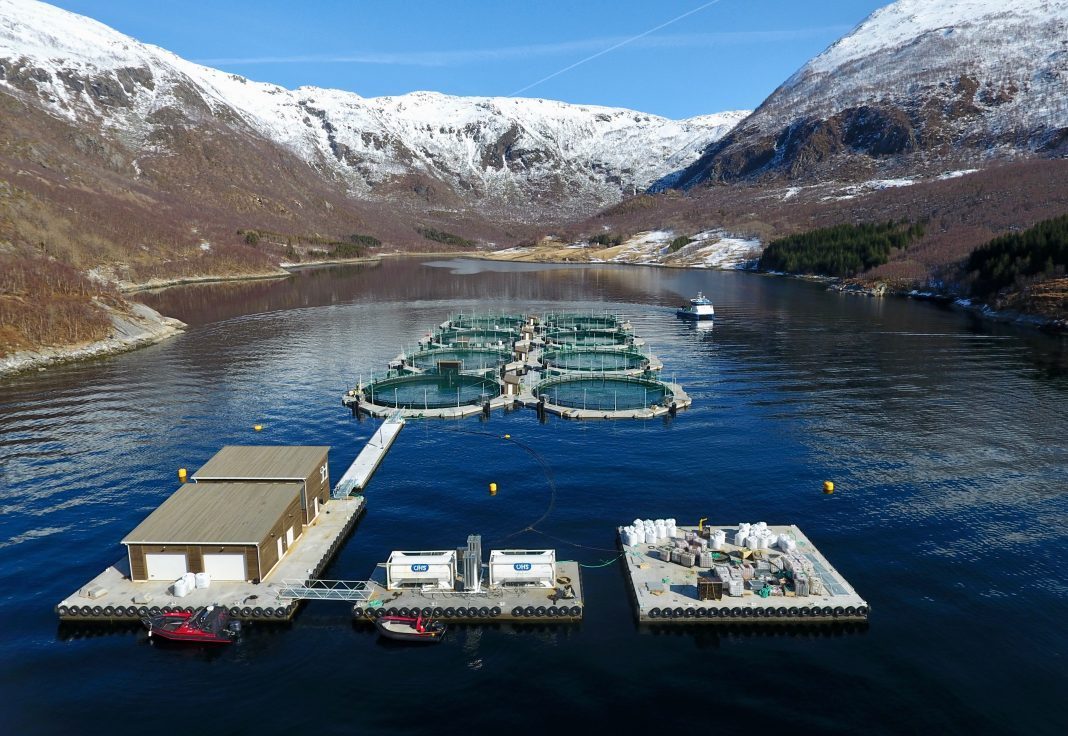 Earlier this month, Norway’s Minister of Fisheries and Seafood Odd Emil Ingebrigtsen announced a new aquaculture strategy. The strategy will look at solutions to the challenges of lice, escapes and high mortality. A new scheme is also being drawn up to get more salmon farming into closed containment facilities.

“We want a development that also facilitates closed containment facilities. Customers are increasingly demanding documentation of sustainability and the environment, and although we know that Norwegian farmed salmon is one of the healthiest things you can eat, some are increasingly overlooked,” the Minister of Fisheries has previously told E24.

Akvafuture, which produces salmon in closed containment facilities at three locations in Northern Norway, is very pleased with the initiative from Ingebrigtsen.

“We think a new aquaculture strategy is incredibly exciting, but at the same time in due time. Now we have a new minister for fisheries who is moving ahead and will leave sustainable initiatives from himself for a whole industry in the future. The aquaculture industry is a highly regulated industry, with long production cycles, so to achieve disruptive innovation, a jump-start is needed from a political point of view – as it now seems to be coming,” acting CEO Thomas Myrholt told SalmonBusiness.

“It is only the imagination that limits where salmon production in closed systems in the sea in three, five and ten years if this new strategy materialises,” he said.

“Sea lice is a foreign word in our organisation”
It’s well known that sea lice are an obstacle to growth in several regions. Growth is regulated according to the rules of the country’s traffic light system. The colour is set based on how the salmon region affects wild salmon in the area, and determines whether salmon farmers in the area are allowed growth, or if they have to have their production capacity reduced. Akvafuture has been producing salmon for almost ten years without lice.

“Sea lice is a foreign word in our organisation,” said Myrholt, who believes it no longer needs to be a restriction.

“Thus, we think “traffic light neutral” licences should be facilitated with specific requirements for zero lice, protection against escapes and sludge admission. With a traditional salmon farming ring, of course without copper, around our closed system for extra protection against escapes, we experience broad support among wild salmon enthusiasts besides the lice problem. And with the uptake of sludge for the production of biogas and fertilizers, care is taken of environmentally further. We are constantly working to improve, but we stand ready to multiply today’s production in closed pens. We just need a thumbs up to start,” said Myrholt.

Must scale up production
The company, with a total of 35 employees, expects to produce around 6,000 tonnes by 2021.

“It fluctuates a little from year to year, but should be around 5-6,000 tonnes,” said Myrholt.

Bringing up the volume will be central going forward, according to Myrholt.

“This is a more complex and more expensive way to produce. For example, taking on the cost of collecting sludge, of course, it becomes more expensive when one is not subsidized by the environment. If we scale up production and are able to defend greater investment and efficiency in this value chain, this could temporarily also be profitable,” he said.

Based on the interest the company faces on the sales side, Myrholt argues there is “no doubt” that consumers want to take on the additional cost.

“However, as we are too small to have weekly harvest volume into the market, it is difficult to build a brand around this. Volume needs to be raised to connect consumers with a willingness to pay for these services with those players who actually take these measures. This adaptation would be the case in an unregulated market, which salmon production naturally cannot be. This is probably what Odd Emil (Ingebrigtsen .ed) and the government see and want to facilitate,” said Myrholt.

The largest owner in Akvafuture is Brynjar Kristian Forbergskog, who also owns 25-26 per-cent in the North Norwegian transport corporation Torghatten. Recently it was announced that the Northern Norwegian traffic giant may be taken over by the acquisition fund EQT, which has submitted a bid of EUR 828 million.

“Fortunately, we have some strong owners who have faith in what we are doing and the technology. They are without a salmon farming background, but with local anchoring, they have been willing to take the cost that would otherwise have fallen to the environment. Their motivation has been to achieve something locally along the coast, which is evident in that we own and have produced most of the technology ourselves or from local subcontractors. They have taken great risks, but now seem to be regaining their efforts. Now we have also brought in invaluable salmon farming expertise in our board, which shares this attitude and can help lift this further,” said Myrholt.

Believes Norway should do as Canada
According to the Akvafuture boss, the company’s vision is “to play on teams with the natural ecosystem.”

“We have a circular economic mindset that permeates our business model. There is no waste anymore, but all the resources involved in our production are going into new cycles where we are able to maximise its value. The green shift comes in earnest and we believe that this is the right place to be,” said Myrholt.

He thinks it will be important to look at other industries, without specifically mentioning which ones.

“If you learn from innovation in other industries, you can see that production costs fell as a function of accumulated production volume, not time. If you make arrangements for a rapid increase in volume, the development will really accelerate. It has already started in Canada, now also hopefully in Norway,” said Myrholt, referring to the fact that Canada’s Prime Minister Justin Trudeau wants an end to salmon farming in open cages in British Columbia by 2025.