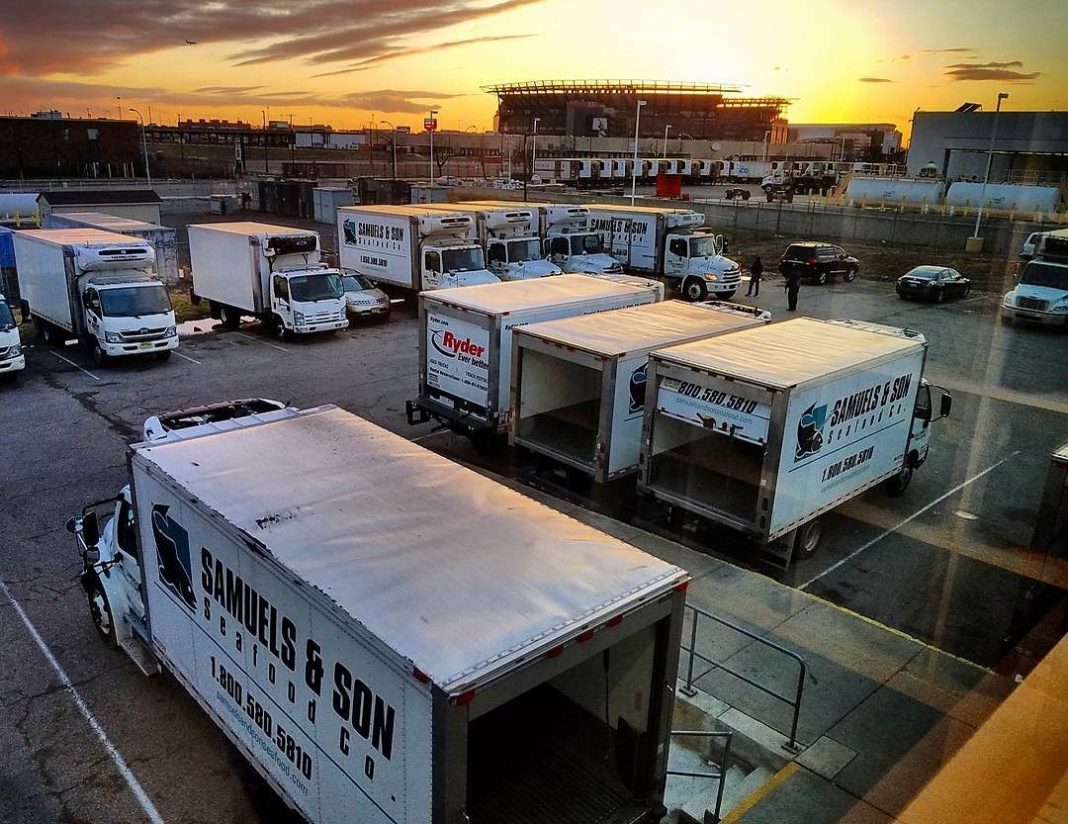 Vice president product development at Samuels And Son Seafood Co Joe J. Lasprogata reflects on the changes to the US salmon market.

A traditional American trend is that consumers mainly eat seafood when they dine out. But pandemic stay-at-home orders and social-distancing practices in restaurants across states have made that near impossible in the past year.

“Something Fishy”
A Bloomberg opinion article titled “Something Fishy Is Going On in American Kitchens” looked at interesting market changes in an eventful year.

In the four weeks ended Dec. 27, compared to the year before, fresh seafood sales rose 25 per-cent in the same period. Frozen seafood sales at U.S. supermarkets and other food retailers rose 26 per-cent. Overall, that was a 6 per-cent growth for consumer packaged goods.

This is coupled with the fact that according to Super Market News, 41 per-cent of US consumers surveyed were open to trying new recipes and products since the start of the pandemic.

Samuels And Son Seafood Co
Reflecting on some of the changes was vice president product development at Samuels And Son Seafood Co Joe J. Lasprogata. The Philadelphia-based seafood market, founded in 1945 by Sicilian immigrant Giuseppe Ippolito, supplies many species of frozen and fresh seafood within 300-mile radius to Mid-Atlantic, Mid-West, South Coast, and West Coast regions, six days a week.

Despite being a wholesale restaurant supplier, it also has retail contracts with supermarkets, which has supported the business through coronavirus.

Reflecting on Bloomberg’s numbers, Lasprogata told SB that farm-raised salmon demand, which is its top seller, has picked up considerably.

“It has in general because people are eating at home. So they still have to eat. Getting provisions at the supermarket, and retail is doing quite well. You look at the Albertsons, Giant and the Kroger chains, you see the stock going up because their profits are up”.

“Fairly forgiving fish”
“We certainly sell more fresh salmon than frozen, value-added type products. You would see that at foodservice, hotels, restaurants, like a buffet situation, but that part of the business took a hit. So it’s primarily fresh products that we are selling. It’s mostly fillet form or portion cut so some customers prefer as least expensive as possible. They pre-cut Chilean portions and some will take Canadian portions as well. Both of those products are very consistent in sales,” said Lasprogata.

“With salmon, it’s just the one fish that most people are familiar with, especially in this area the North East,” he added.

“It may be different if you travel to the West Coast region, where that might be more of white fish/grouper/snapper for example. A lot of people like the salmon. it’s a fairly forgiving fish, if it’s the first time you are going to cook seafood, the average home cook can put it in the microwave, oven and bake it without ruining it.

“People are starting to come around that it’s a high-quality protein that tastes good and is good for you, and the misconceptions need to be eliminated,” he said.

Chile
Tough market conditions in Chile has seen a considerable rise in frozen stock over the past year. In January the trade organisation the Chilean Salmon Council wrote despite export volumes increasing to the United States, the export value dropped.

Its members comprised of representatives from AquaChile, Cermaq, Mowi and Salmones Aysén, said they expected to lower production in the second half of the year. Fixed price contracts from Chile are low, around USD 4/kg.

“Not putting fish in the water that will affect things 18 months/two years down the road, which is a mistake,” said Lasprogata. “It’s going to create shortages. We’ve seen that before. Domestically with the catfish guys, they got angry and said that prices were too low, we are not putting anything in the water. And next thing you know, there is no catfish in two years. And then there is panic. And then that opens the door to the importers,” he said.

“With Chileans not putting fish in the water, that’s good news for American and European producers obviously as you’ve taken fish out of the market. I think they would be foolish to do that, as that’s going to drive the price up,” added seafood veteran Lasprogata.

Impacted by higher prices
He said the East Coast is ok, with salmon farmers such as Mowi Canada East, Cooke (Samuels Seafood has partnered with Cooke for the exclusive distribution of Jail Island Salmon, which is packed by subsidiary True North Seafood) putting fish in the water and “going full speed ahead.”

But in BC, authorities have announced that they have squeezed the salmon farms out, which will put a dent in the supply line. “Seafood listens to the oldest school of economics, which is supply and demand,” said Lasprogata.

“So now with the pandemic, people are starting to use more fish at home, and then we are going to decrease the supply line down the road. The residual benefit of people buying more fish may be impacted by higher prices down the road,” he said.

“That’s all speculation. But it’s not really rocket science,” he said, adding that in terms of Chile rising frozen stock “not many of our customers are willing to switch over to a frozen product”.

“They may out of necessity go down that route, but most of the customers we deal with (for larger volumes) are definitely with the fresh product,” concluded Lasprogata.