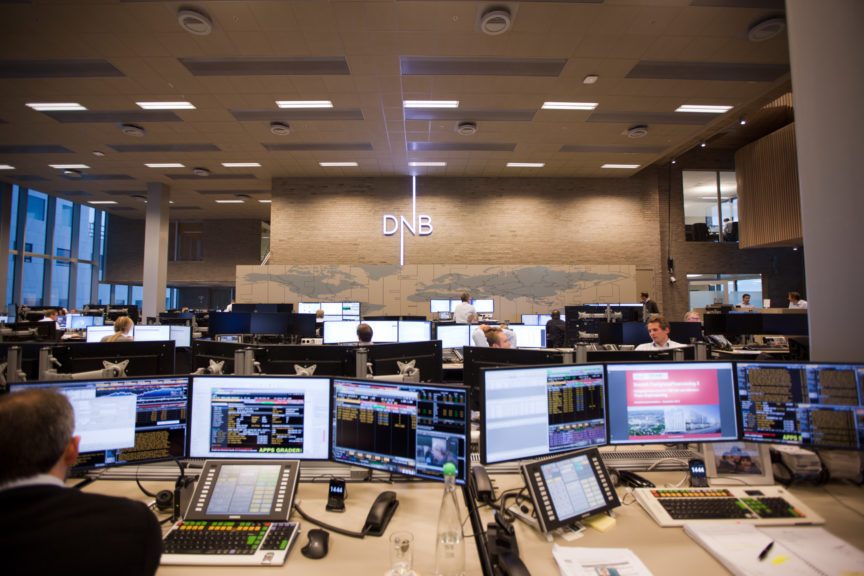 EUR 39 million is the amount the start-up company CageEye is seeking in an ongoing fundraising. In a shareholder letter, dated 26 August, CEO Bendik Søvegjarto talked about its advanced plans for the fundraising the company will make this autumn:

“The material for the upcoming Series B round will be updated together with DNB and Danske Bank, which we have been working with since the start of 2020 and will lead the next round of capital raising.”

Strategic
In the letter, which SalmonBusiness has had access to, he emphasised the value of the strategic partnership agreements that the company claims to have entered into with the multinational companies BASF and Microsoft (ticker MSFT).

“With the latest developments with terms from MSFT, Aqua-Spark (VC investor in Series A and lead lender in both rounds of the convertible loan; now with EUR 3.5 million invested in the loan) required, and our board approved, that the convertible loan gets an enterprise value at the EUR 120 million in valuation. After a discount of 12.5 per-cent this gives a conversion of EUR 105 million which approximately corresponds to the price of our last issue and provides 2x in a few months for those we allow to be included here. This has meant that the loan now has several times higher interest than there is room for and we are privileged to choose wisely who we want to go on. We have some large international “bell sheep” (smart, influential investor – ed. note) that want in and are status pending, which we cannot share names on by agreement with them,” Søvegjarto wrote secretly.

In the past month, SalmonBusiness has revealed by neither Microsoft nor BASF has signed any strategic partnership agreement with CageEye/Bluegrove.

Close connections
“Beyond this, I would also add that both founders (including me), chairman, as well as other key members of the company have invested EUR 100k each in the loan issued in October 2019, all of which are passionately dedicated to building the company for long-term value creation. As for the upcoming series-B round of EUR 39 million, this will be initiated when external factors as mentioned above make it suitable to launch. In addition, there will be secondary transactions, to fund our newly founded Foundation, and to provide the opportunity for existing shareholders to sell shares if they wish. As mentioned, this will be led by DNB together with Danske Bank.”

The close links to investment banks DNB Markets and Danske Bank are highlighted in several documents CageEye has shared with its stakeholders over the past year. In a presentation, dated 25 February 2020, DNB Markets was presented as a financial advisor and facilitator for an upcoming investment round, together with Danske Bank.

A lot of energy
“Life is amazing in Bluegrove by day. We have so much energy and we want to see whether or not we are able to buy another company before the launch of series B. We have really seen the effect of growing both organically and with acquisitions, and with an extreme focus on our commercial solutions and deliveries,” Søvegjarto wrote further in the shareholder letter.

When SalmonBusiness checked the truth, ie if DNB Markets will be engaged in chasing money for the relatively small start-up company CageEye, at a valuation of 120 million euros, this is met with astonishment by DNB Markets’ corporate finance director Per Even Hauge.

“We’ve had some meetings with them. That was about six months or a year ago. But we’re not engaged by them. That we have a mandate, it’s just nonsense,” Hauge told SalmonBusiness.

SalmonBusiness has tried, both by phone and email, to get a comment from Danske Bank’s corporate finance director Karl D. Skjelbred regarding their eventual mandate from CageEye/Bluegrove. Skjelbred has so far not returned these inquiries.

CageEye has now admitted they donn’t have a deal with DNB Markets.

“We have been in dialogue with DNB, but we don’t have a signed agreement with them,” Marloes Eshuis, communication manager at CageEye, said.