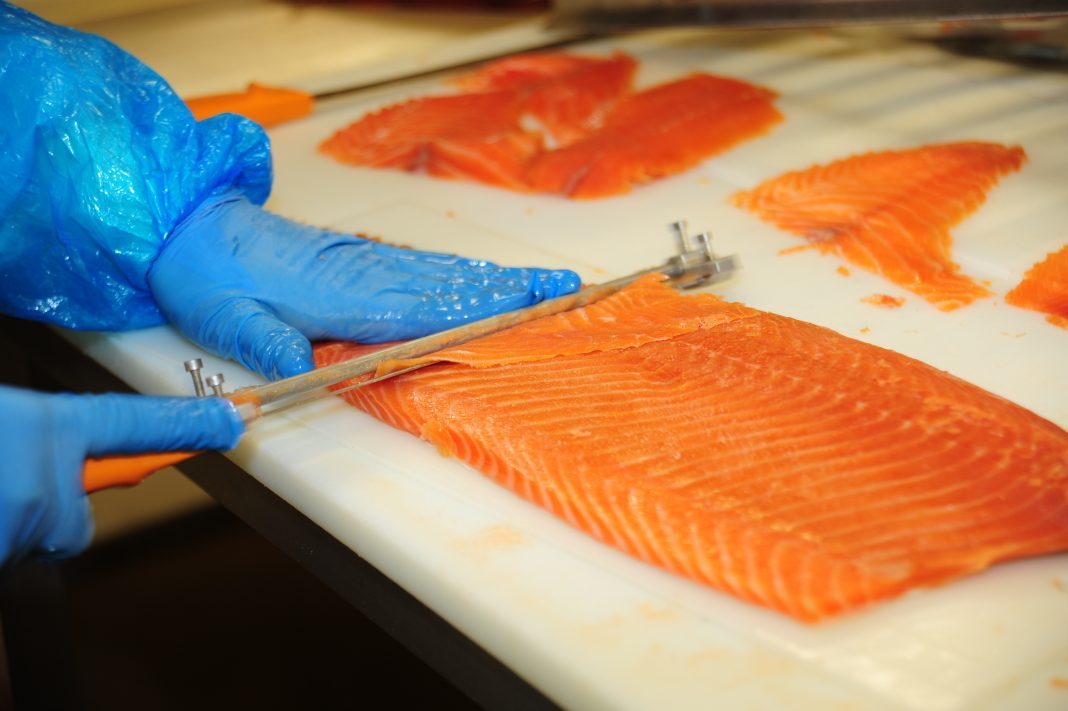 The CEO of one of France’s largest smoked salmon providers said that France’s rekindled love affair in salmon is down to quality.

West France’s charcuterie giants, Guyader Gastronomie, has been feeding the French since the thirties. Its Châteauneuf-du-Faou salmon processing plant, has going since 1991. SalmonBusiness spoke to its CEO Antoine Gorioux.

It’s one of the countries’ biggest supplier of smoke salmon and trout, employs 150 people and is one of France’s only salmon processors to have a Label Rouge – a prestigious sign of quality assurance. It has a large amount of products such as salmon rilletes, a cross-over Boursin cheese item, and even salmon cake.

“Sales represent EUR 80 millions overall a year”, said Antoine Gorioux. “Our prime markets are of course, France, but with also growth in the Benelux regions (Belgium, Luxembourg and Holland). We have just opened an office in Italy and Japan”. The latter for an aim to venture into the Asian markets. “We’ve got our eye on China”, he added.

Its modern processing plant keeps a foot in preserving in traditional artisans ways. The popularity of its ​​hand-sliced product range demonstrate that authenticity is still important to the French. The entire range isn’t produced this way – it’s just an option that the French markets are keen on.

While this years numbers weren’t disclosed for this interview, in an article in Ouest France from last year, it was revealed that up to 60 et 65 tons were being produced a week at its Châteauneuf-du-Faou plant “sometimes going up to 90 or even 100”. Big numbers, but as they provide smoked salmon products to all of France’s biggest supermarkets such as Leclerc, Intermarché and Carrefour, it’s pretty much understood.

In July SalmonBusiness reported that France was enjoying a return to growth after consumers grew wary of increased salmon prices and negative media coverage.

“Sales were less but they gradually returned. Trout sales remained strong as there is a local link to them.” Guyader’s trout are raised in farms based in and around Brittany.

Guyader sources its salmon from farms in Scotland, Norway and Ireland, preferring to forge links and long-lasting relationships with salmon farmers. At the time of the interview, Antoine Gorioux was on his way to meet one personally at an undisclosed location.

“It’s our job to go upwards in terms of quality. French consumers like to keep an eye know where there food is from. The French eat less, but want more quality”, he concluded.