80 years ago Norwegian patriots fled to Britain to help fight in World War 2, now some are sailing to Russia to secure a profit.

SalmonBusiness has, since the war broke out in Ukraine at the end of February, been crystal clear in our view of how one should deal with Russia in business. As the war in Europe’s granary soon completes its third month and the peace negotiations remain frozen, the editorial assessments are rock solid.

It is naive to believe in a real political change of course without a regime change in the Kremlin. And it does not seem imminent. President Vladimir Putin seems to have as strong a grip on his people, as the Communist Party had over the Soviet Union and the Tsar had over Russia before the revolution.

Russia is not a democracy. It is a militaristic dictatorship.

Threatens
A great power that, unprovoked, attacks a smaller and supposedly weaker neighbouring country militarily, slaughters and rapes civilians, and at the same time threatens other neighbouring countries with nuclear weapons, is not a country one needs to cultivate friendly ties or do business with. This is raw aggression. Hostile behaviour.

But there are still a number of companies doing business with Russian customers. Short-term profits trump moral choices. And it’s not a pretty sight.

The whole thing was emphasized on Norway’s Constitutional day, 17 May, when shippping company Rostein did not have one, but two wellboats at work in Russian waters. Then one has taken the leap from being out of touch to being directly tone deaf.

Reputation
Judging from the massive reader support, including emails and phone calls, SalmonBusiness has received over our coverage of the modern and highly controversial Pomor trade, Rostein, Cargill, Skretting and other market players serving Russian customers this spring, suffered enormous reputational losses.

Such a reputation crisis is of course a goldmine for PR consultants. In-depth expertise in crisis management can draw in substantial fees. Some, especially the largest industrial players, have been very active on the PR side, with inquiries from PR consultants in Oslo, London and New York.

Others are testing the alternative, but not particularly effective ostrich strategy – sticking their head in the sand. To make oneself inaccessible or not to respond to press inquiries, possibly in the belief that the problem will disappear by itself.

Free
We can tell them that the problem will not go away by itself.

Here, the industrial players themselves must take active action. One can not throw money at PR consultants or at the problem. You have to clean it up yourself. Be open and honest, and take a clear stand on how we want it – and not have it.

In 2022 and in the years to come, it is the only passable road and only strategy that really works. That PR advice is completely free. 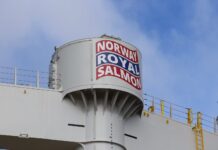 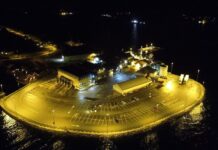 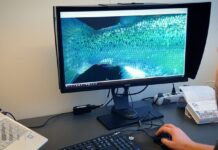 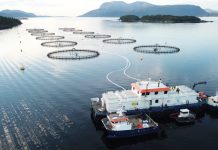