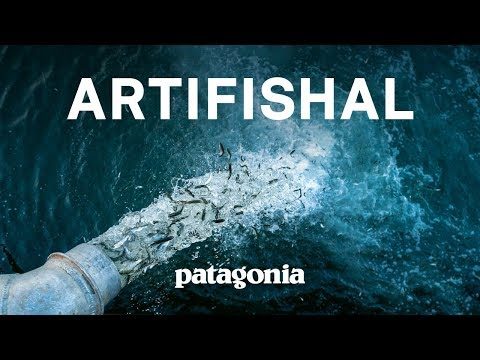 We live in a world where virtue-signaling companies and politicians can rely on their own social media accounts and echo chambers, rather than the press, to control their own narrative. Silence is creating its own reality.

The outdoor clothing giant Patagonia, founded by Yvon Chouinard, has spent decades, and millions of dollars, fighting for environmental causes.

“Everything man does creates more harm than good,” claimed the founder in an interview in Forbes. Unlike a lot of companies that want to boast about its green credentials, Patagonia’s activism arm is fused to its business. It does this in part by producing films and giving grants to grassroots organisations that it says identifies the root causes of the world’s environmental problems such as mining and oil exploration.

On Patagonia’s anti-salmon farming film Artifishal, billionaire businessman Chouinard said: “It has had a huge effect, particularly in Europe. Because of that film, a lot of the schoolchildren in Sweden are no longer fed farmed salmon. I just heard yesterday that Denmark is going to stop licensing any more offshore fish farms”. “You see little victories like that, and it all adds up,” he added.

That would be quite some achievement by any stretch of the imagination for a documentary. Though “a lot” actually constitutes one ban in 2019 in the small Swedish ski resort of Åre, after the towns’ former mayor Peter Bergman kicked off over escaped salmon. The council even issued a statement saying the allegations made by Bergman contained the type of “factual errors so often posted up on the internet”. The news site Dagbladet reported that the Norwegian Seafood Council said: “It is not good that a Swedish municipality bases a decision on prejudice,” extending Bergman an opportunity to visit a salmon farm.

Still, it remains to be seen if the movie has made as much of a dent in the country Chouinard is suggesting. Sweden is still one of the biggest consumers of salmon per capita and the home to major salmon buyer Ikea.

The question isn’t really about activism, which has as much of a role as holding power to account as journalism. But one wonders how much Patagonia can keep up with its own myth.

Last month, Patagonia caught the ire of the seafood company Cooke Aquaculture. Increasingly moving into the food space, Patagonia Provisions was launched as part of its mission to “work on regenerative agriculture”. This translates as Wild Salmon Variety 6 Packs that cost USD 72 a pop.

In a Youtube video on Patagonia’s channel, Patagonia Provisions Global Director Birgit Cameron said that the company had dumped the salmon processor Icicle Seafoods over its ties to Cooke.

SalmonBusiness followed up by asking Patagonia if there are any plans to remove their business from any other salmon (wild and farmed) processors, or if the issue with Cooke Aquaculture in particular? A request was sent to see if they had accepted an invitation from the trade organisation Northwest Aquaculture Alliance to discuss the issues.

To date, despite several follow-ups, there has been complete silence. A multi-billion global company that thrives on transparency cannot be tripped up by a few simple questions, can it?

A similar request was sent to Denmark’s Environment Minister Lea Wermelin. At the end of October, Wermelin announced that her administration is putting forward two new bills that will put “an end to the expansion of marine production”. This also means a focus on moving production towards land-based facilities. But, to date at least, Wermelin has not answered inquiries if there are any concerns surrounding high carbon emissions at land-based facilities. Hardly in line with Denmark’s climate law to cut emissions 70% by 2030, is it?

If the argument is so convincing, so ground-shakingly revolutionary, then why the silence? As Crosby, Stills, and Nash sing in Judy Blue Eyes, “What have you got to lose?” At least when a not-very flattering story comes about the salmon industry, listed-companies communicate and answer tough questions. Patagonia’s own handbook on transparency quotes Greek the philosopher Socrates, who famously declared that the unexamined life was not worth living. But for now, it’s the silence that is doing the work for you.

UPDATE: The Danish government responded on the 16th of November.