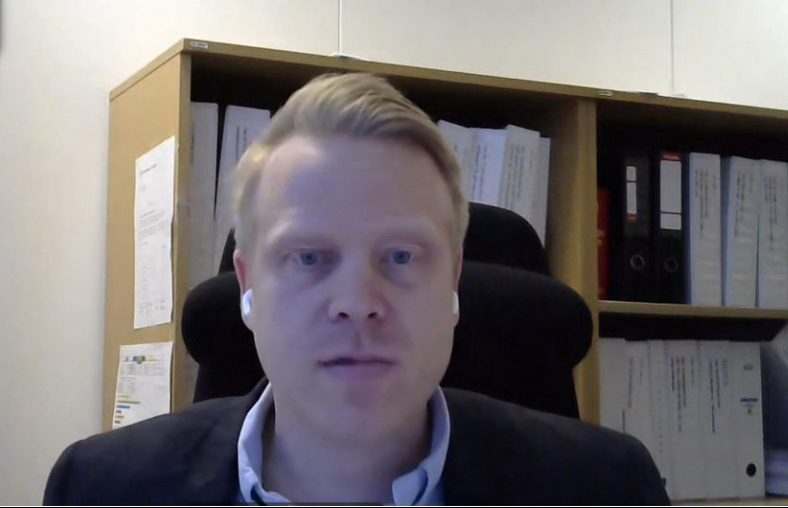 Without settlement for the two subsidiaries Sealab and Sensomar, the parent company went bust.

A probate hearing was held after the Sealab Ocean Group’s (SOG) bankruptcy in Trondheim, Norway, on Thursday morning. Here the trustee, lawyer John Aksel Stav, was able to present his report.

The core of the case is the bankruptcy of SOG following the sale of the two subsidiaries Sealab and Sensomar. While the former developed and sold underwater camera technology, the latter provided biomass measurements using camera technology.

Liquidity squeeze
The trustee was initially able to describe a business that was characterised by sluggish sales and squeezed liquidity, which eventually forced a need for urgent capital. In this context, the company had been contacted by the start-up company CageEye, which was involved in farmed salmon feeding and had a turnover of a modest EUR 0.4 million in 2019.

CageEye initially offered to buy the two subsidiaries Sealab and Sensonor at a valuation of EUR 21 million. The settlement was to take place in Cage-Eye shares, which were valued at an astronomical EUR 224 million. The swap ratio in the valuation was central to the transaction.

The founders of Sealab, the Markovic family, are of the opinion that parts of the board/shareholders caused an unnecessary insolvency situation and opposed other financing solutions for Sealab so that the solution, a sale to CageEye, was pushed forward. According to chairman Ståle Spjøtvold and former CEO Morten Sjoner Syrstad, there were never any concrete bids from other players for settlement, the report stated.

Switching conditions
In the final deal on sales, entered into with CageEye, valuations were roughly halved. The agreement was described in the report as “partly comprehensive and complicated”. Here, the swap ratio was about 12:1 in favour of CageEye.

“The subsidiaries sell for NOK 105.4 million (EUR 10 million .ed). Sealab Ocean Group, which is now bankrupt, would settle in CageEye shares,” Stav said during the hearing.

“There were certain conditions for getting shares. One was to provide a loan to CageEye for NOK 12 million (EUR 1.1 million .ed), and if one did not make it, one would not receive shares. Furthermore, there was a requirement that one should participate in a share issue in the company. If one did not make it, the settlement was reduced. Then a non-settlement was made for the subsidiaries,” he said.

CageEye chief Bendik Søvegjarto has previously stated that “Sealab received a settlement for the shares in Sealab and Sensomar.”

It now has emerged in the settlement that the Board of Directors of Sealab Ocean Group “had not made any valuation in relation to the transaction by either Sealab AS/Sensomar AS or CageEye AS. CageEye AS had made the figures.”

Spjøtvold has stated to the trustee that it was the swap ratio that occupied the board at this time, and not necessarily the valuations.

Without settlement
A shareholder meeting was held on 26 August where the contents of the agreement were reviewed.

The trustee will look into the transaction itself and come back with further information if circumstances should be considered further.

When the company reported an offer, the estate’s bank account was EUR 7,800. Nine claims have been registered totalling EUR 0.3 million.

“On the condition that no new material information is available in the report, the trustee assumes that the estate may be terminated by the end of March 2021,” trustee and lawyer John Aksel Stav stated.